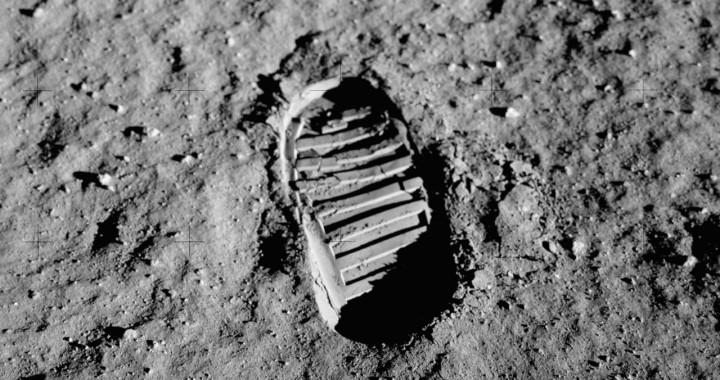 Giant Step is a personal response to an event Clar personally witnessed back in 1969, and he wanted to use his creativity to pay tribute to those who took part in the Apollo program, and especially Neil Armstrong for what he did on that momentous day. He wanted this work to say something about the moon itself, using the moon. His interest was piqued after hearing about an earth-moon-earth bounce (EME) from Italian artist and colleague, Daniela de Paulis, who together with radio specialist Jan van Muijlwijk developed the process of using EME to send images to the moon and back in 2009. As he researched the Apollo Archives, he came across an Electrocardiogram (EKG) of Neil Armstrong as he took the first step on the moon on July 20, 1969 – and Richard found his inspiration! While data scientist Dr. Ryan Compton created the sonification tone from Armstrong’s actual EKG graph, prominent Los Angeles-based double-bass jazz performer and composer Roberto Miranda used the tone to create compelling sounds that have been called “edgy and hauntingly beautiful.” In addition, an image of the first footprint on the moon will be transmitted and bounced back to Dwingeloo.

“I wanted the art to say something about the first humans to set foot on the moon. Think how many living beings have observed the moon for eons…and now we have made a number of trips to the moon and back. I want people to have new experiences through my artwork,” says Clar.