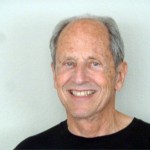 Richard Clar is a Los Angeles new media interdisciplinary artist who spent the past 14 years in Paris and now resides in Northern California (Healdsburg). Clar, who studied at the Chouinard Art Institute (now CalArts), is an early pioneer of artinspace and began work in this field in 1982 with a NASA approved concept for an artpayload for the U.S. Space Shuttle. Philosophical in nature, themes for Richard Clar’s artinspace projects include: space environment issues, such as orbital debris; war and peace; the Search for Extraterrestrial Intelligence (SETI), and water management on Earth. Collaborating with such partners as the U.S. Naval Research Laboratory, Boeing, Aerospace Corporation, and contemporary composers, Richard Clar’s unique artistic vision generates highvisibility art works that transform stateoftheart technology and highly-engineered materials into evocative contemporary art.

The work of Richard Clar has been exhibited in museums, galleries, and universities in the United States and Europe and may be found in corporate collections such as JBL Sound; Home Savings of America, and the MGM Grand Hotel in Las Vegas. In 2001, and again in 2002, Clar coordinated the Leonardo/OLATS/IAA Space Art Workshops in Paris. Richard Clar is the Director of Art Technologies; a Member of the International Academy of Astronautics (IAA); a Member of the IAA SETI Permanent Study Group, and a member of the Leonardo Space Art Working Group. Clar was the Secretary of the former Art and Literature Subcommittee of the International Academy of Astronautics, and a past Member of the Executive Board, Graphic Arts Council, the Los Angeles County Museum of Art.

Giant Step, by interdisciplinary artist Richard Clar, takes place on September 26, 2015 at the Dwingeloo Radio Observatory in the Netherlands. Timed especially to occur near the rare SuperMoonLunar Eclipse Combo on September 27, 2015, Giant Step will be realized using an earthmoonearth (EME) moon bounce as it is called, to bounce a radio signal off the moon surface.
This radio transmission will be comprised of the sonification of the heart beat (EKG) of Neil Armstrong as he first stepped onto the surface of the moon on July 20, 1969, accompanied by improvised sounds of a jazz doublebass. In addition to these sounds, an image of the first footprint on the moon will be transmitted and bounced back to Dwingeloo.

Dr. Ryan Compton, a data scientist from New York City, created this sonification tone from Armstrong’s EKG graph. Roberto Miranda, a prominent Los Angeles, doublebass jazz performer and composer, who teaches at UCLA, used this tone to create some compelling sounds that play off of the sonification tone of the EKG. Those who have heard it have called the overall affect of this work “edgy and hauntingly beautiful.”

It seems fitting that Lune sur la Lune takes place just before the rare SuperMoonLunar Eclipse Combo. Both events are revealing, one calls attention to something that is never seen from earth, the other a partial covering and then uncovering of the moon’s surface.

Using the EME moonbounce to send images to the moon and back to Earth was developed in 2009 by the Italian artist Daniela de Paulis along with Jan van Muijlwijk an amateur radio enthusiast both of whom have been working at Dwingeloo Radio Observatory.

Richard Clar, in An ArtandTechnology Payload for the Space Shuttle